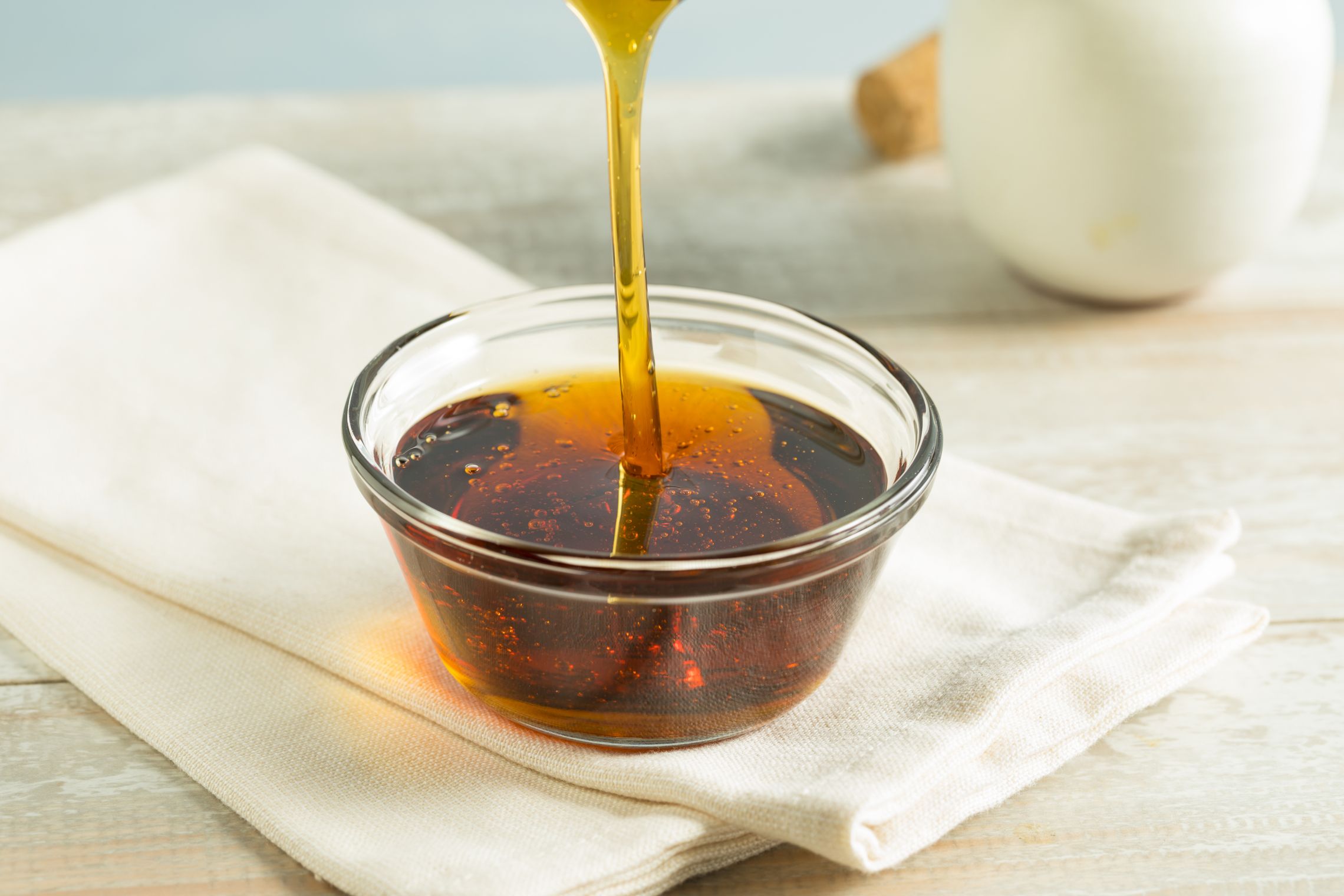 No matter what you’re making, sweetening your food (or drink!) involves adding an ingredient or two into the mix. And when it comes to sweeteners, agave and honey are two major players. When faced with the choice between honey and agave, how are you supposed to choose? Is one sweetener better than the other? We’re here to answer both of those questions and more, but the TLDR is: We’re big fans of both.

What’s the Difference Between Agave and Honey?

What makes agave and honey different? They’re made in distinct ways, and each has a unique flavor. On top of that, they’re often used for different purposes—for example, honey is the main ingredient in mead, while agave piña is the essential component of Mezcal.

How Honey and Agave Made

Most of us know how honey is made. Honeybees go from flower to flower, collecting nectar and bringing it back to their hives in a special honey stomach. Once there, they vomit it out (gross, we know) and reduce the moisture content by passing it from mouth to mouth. The process is a bit weird for sure, but the results are undeniably delicious.

After all of the sections of the honeycomb are filled, a beekeeper removes it, pulls off the wax caps that protect each of the sections, and then pulls the honey off of the comb into a centrifuge. From there, the honey is strained to remove any impurities before it’s bottled. And of course, since honey comes from bees, it isn’t considered vegan.

Agave, often called agave nectar, is a bit different. It comes from the agave plant, which is found in dry, arid climates, like the deserts of Mexico and the United States. Once the green, spiky-leaved plant is harvested, it’s put into a machine that extracts the fluid. (So yes, agave is vegan).

Next, the juice is filtered and heated, which breaks it down to its sweet components. It’s then further refined, until it becomes nice and syrupy.

While both agave and honey are sweet, they taste pretty darn different. It’s hard to mistake the overall flavor of honey, which is very sweet and highly distinct. Depending on where the honey was harvested, it might taste floral, smoky, earthy, or even spicy, so there’s a huge range of flavor notes that you can look into. Different varieties can also range from delicate to intense, so it pays to know where your honey is coming from so you know what to expect.

Agave, on the other hand, is sweet, but it’s definitely more neutral than honey. It won’t detract from the flavors of whatever you're making but simply enhance them instead, making the final result taste sweeter.

What They’re Used For

You can add both agave and honey to recipes for a sweeter touch, and they make good sugar substitutes for those who have sworn off white, processed cane sugar (and all of the other icky derivatives). On top of baking with them, you can add both honey and agave to cocktails, tea, smoothies, and even your morning coffee.

Honey is good on biscuits, while agave makes a nice addition to your oatmeal. In the end, it all depends on how sweet you prefer everything to taste.

Can You Have Mezcal Without Agave?

The quick answer is: no. Mezcal and agave go hand in hand, as the piña of the agave plant is the main component of Mezcal.

To make Mezcal, we separate the piña from the rest of the plant and then roast them in pits filled with pinewood logs. Next, we use a tahona mill (it’s pulled by real horses!) to separate the juice and fiber from the agave. Then, the fermentation and distillation processes take place, leaving us with Mezcal that is perfectly bright and layered—and none of that would be possible without the agave.

Our Favorite Cocktails With Honey

While agave holds a special place in our hearts, we can’t deny that honey makes a delicious addition to cocktails. Here are a few cocktails that make the best of both these ingredients: agave in the form of Mezcal and honey as a sweetener.

If you’re worried about getting through cuffing season (that time of the year when the weather changes and all single adults feel as though they need to be paired up) alone, then sit back and enjoy the Cuffing Season, a cocktail sweetened with honey.

The combination of fresh lemon, spicy Mezcal, and just the right amount of honey (all topped with nice, hot water) will get you out of those winter blues ASAP.

LFG Is a Winner

Looking for a unique cocktail that includes honey? The LFG will do the trick.

Consisting of Mezcal Rosaluna, honey, and lime juice, and garnished with one slice of jalapeno (although you can add more if you wish), this drink is sure to be one your guests remember!

When It Comes to Agave and Honey—Why Choose?

There’s a place on your table (as well as in your pantry) for both agave and honey. Since they have different flavor profiles, it’s best to keep both around. Use the honey when you want to give something a distinctive flavor and the agave when you want a more neutral sweetener. And if you just so happen to keep Mezcal on hand to get your agave fix, we certainly wouldn’t blame you.

The Best of Both Worlds

Want the best of both worlds? Use Mezcal Roslauna and create a unique cocktail that includes honey. That way, you’ll have a glass (or two) of the very best!

How Honey is Made | Honey.com

What’s the Difference Between Honey and Agave? | The Daily Beast

Agave Nectar vs Honey: Which is Healthier? | Healthline

How to Make the Perfect Mezcal Margarita