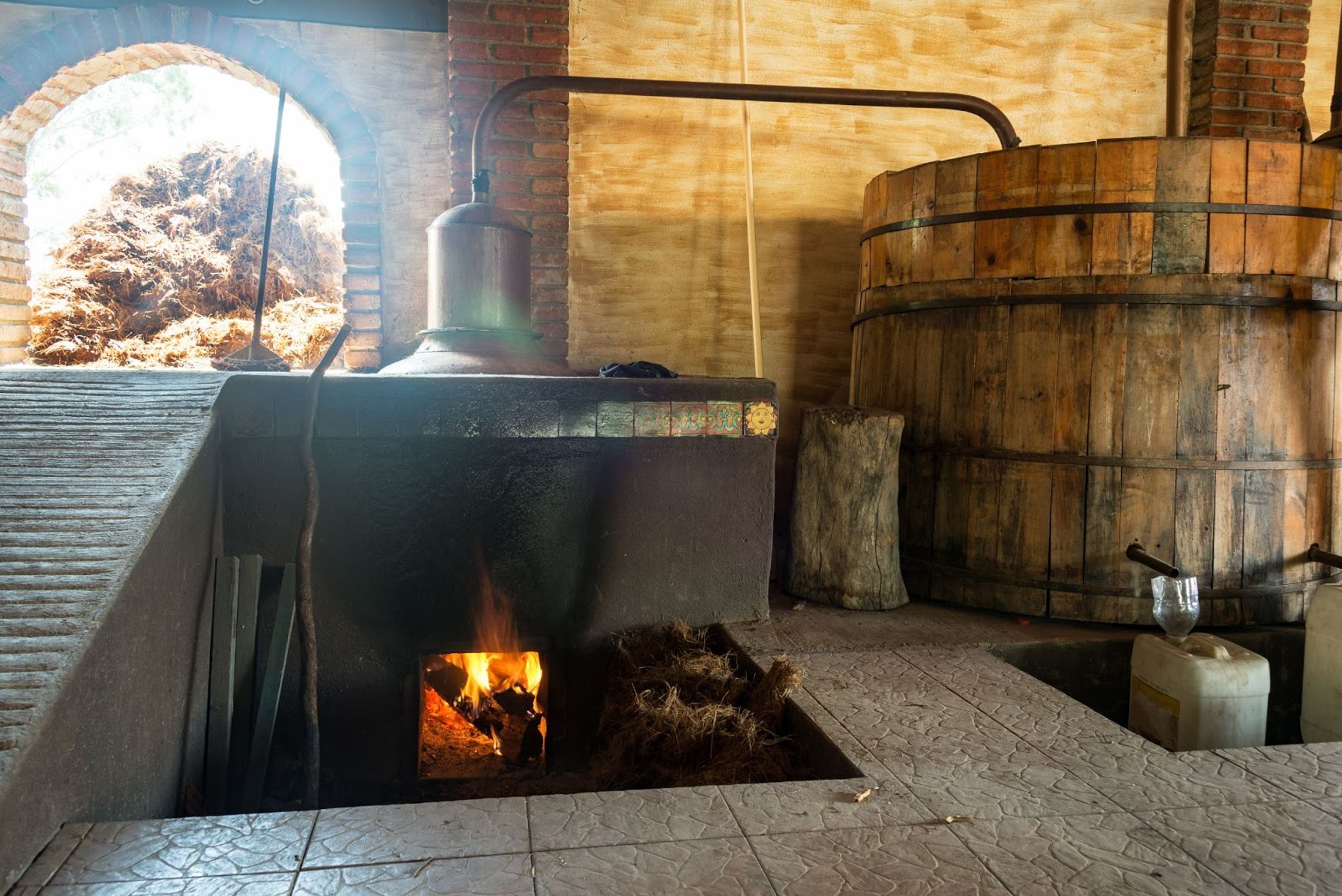 With more of America finally discovering the magic of Mezcal, people are becoming interested in what exactly this spirit is, where exactly it comes from, and what it’s all about. Even better than knowing where, geographically, your food comes from is understanding its origins. The origin of something is defined as the point or place where it begins, arises, or is derived.

The origin of Mezcal is the Mexican state of Oaxaca. Learning about the origin of Mezcal allows us to develop a deeper appreciation for and understanding of what we’re putting into our bodies (and all the work that goes into making it). Call us what you want, but we believe this mind-body connection plays an important role in holistic happiness.

Quick refresher: Mezcal is a spirit distilled from an agave (maguey) plant. It gets its name from the Nahuatl word “mexicalli,” which translates to "oven-cooked agave.” This term refers to the production process of Mezcal. Much like many other spirits and wines, to qualify as Mezcal, it can only be produced in one of nine different areas in Mexico. Between these nine areas, Oaxaca produces upward of 90% of the countries total Mezcal output (hence the partial redundancy of “Oaxaca Mezcal”).

Where Was Mezcal Invented?

Agave has been considered a sacred plant in Mexico for thousands of years and was cherished for its role in indigenous culture, religious ceremonies, and mythology. It was also believed to have medicinal healing properties. Back in the 20th century BC, communities across Mexico had already learned that by cooking the "piña” (heart of the agave), a sweet juice could be extracted, fermented, and enjoyed as a refreshing beverage.

Spanish conquerors arrived in Mexico in 1519 and ran out of the liquor supply they brought with them soon thereafter (duh). It was quickly discovered that with the Spaniard’s knowledge of distillation techniques, agave could be used to create The America’s first distilled spirit: Mezcal.

Over the following centuries, the method of making Mezcal was altered, upgraded, and ultimately perfected. Today, Mezcal is produced in three different ways—with either ancestral, artesenal, and industrial methods.

So, pop quiz: where was Mezcal invented? That’s right. Mexico.

Oaxaca, pronounced waa-haa-kaa, is a state located in southern Mexico, bordering the Pacific Ocean. If you’re wondering where it is, it’s about a two hour flight from Cancun, everyone’s favorite Spring Break destination. We like Oaxaca better.

Is All Mezcal from Oaxaca?

Almost! Upward of 90% of the world’s Mezcal comes from Oaxaca.

Mezcal is regulated under what’s called denomination of origin (DO) standards. Denomination of origin is kind of like quality control; it recognizes that only products made in specified regions of Mexico are allowed to be called “Mezcal.” The nine states certified to produce Mezcal are Durango, Guerrero, Guanajuato, Michoacán, Oaxaca, Puebla, San Luis Potosí, Tamaulipas, and Zacatecas.

Why is production exclusive to specific areas? Great question.

Agave carries the characteristics of the terroir it is grown in, just like wine varietals. Recall “terroir” comes from the French meaning of the word, which roughly translates to “sense of place.” Agave from different regions will bring a unique flavor profile, distinct to the environment it was grown in. The soil, how the agave was cared for, and the distillation process will also affect the final flavor. Oaxaca earned its title of World Capital of Mezcal because it produces the best agave, and therefore the best Mezcal.

Is Mezcal Ever Made Outside of Mexico?

Legally, Mezcal must be certified by Mexico's Mezcal Consejo Regulador, the semi-governmental body with a monopoly over the term. No product can be labeled as a “Mezcal” unless it comes from one of Mexico’s nine specified areas. Uncertified producers in uncertified regions are prohibited from using the term “Mezcal” on their products.

So, is Mezcal ever made outside of Mexico? Nope.

How Do You Make Mezcal?

Making Mezcal is a beautiful 5-step process. We can’t speak for all Mezcals—since methods differ between producers—but here’s how our beloved Mezcal Rosaluna is made.

Farming. It all starts by planting baby agaves and nurturing them with water and sun for up to eight years. When they’re ready, we harvest the heart of the agave and remove the leaves (pencas) to get only the pineapple (piña), which contains the most sweetness.

Roasting. Once the agaves have been harvested, we start a fire with pinewood logs in the ground, cover it with stones, and carefully pile on the agaves. This process takes a little more time and effort, but it adds the distinct note of cooked agave into Mezcal Rosaluna, so it’s worth it.

Milling. In this part of the process, we use a mash or a mill to take all of the juices and fiber out of the cooked agave plant.

Fermenting. Next, we add water to the juice and agave fiber to begin the fermentation process using pinewood. Fermentation is where the magic happens, and where we start building alcohols. This glorious process can take up to eight days, but it’s well worth the wait.

Distilling. The final step is our double distillation process begins by mixing the fermented agave juice with the fiber. In the second distillation, we take the head and heart of the first distillation and distill it again. This process separates the water from the alcohol and captures the alcohol into the final spirit of Mezcal Rosaluna.

So, how do you make (good) Mezcal? With hard work, diligent care, and lots of love.

What Is The Difference Between Mezcal and Tequila?

Technically, any spirit made from agave is classified as a Mezcal, making tequila a type of Mezcal. Think of it this way: all tequilas are Mezcals, but not all Mezcals are tequilas. There are three significant differences.

The first difference is they’re produced in different places. Tequila mainly comes from Jalisco, a state northwest of Oaxaca. Similar to Mezcal, tequila is also protected by a denomination of origin status; it must be produced in a distillery in either Jalisco or specified regions of Guanajuato, Michoacan, Nayarit, and Tamaulipas.

The next difference is the type of agave they’re made from. Tequila is made from one type of agave: blue weber agave. Mezcal, on the other hand, can be made from over 30 types of agave. With 30 agave plants to choose from, Mezcal has the versatility to be crafted and blended in many different ways. This versatility allows Mezcal to create various final products with slight nuances.

Lastly, tequila and Mezcal have very different production processes. Mezcal gets its signature smoky flavor from the process of cooking the agave in underground pits. Tequila is made by steaming the piña of the agave plant in above-ground ovens and distilling the liquid into copper pots. This may seem like a small difference, but this process is where the two liquors start to diverge significantly.

When Did It Become Legal to Export Mezcal to the US?

According to the CRM (the folks who regulate Mezcal production and such), the United States is the number one importer of Mezcal. Moreover, for the first time ever, in 2019, the US became the world’s largest market for this spirit. The U.S. surpassed Mexico by over 65,000 cases of Mezcal. That’s a lot of Mezcal Magic.

To be clear, we’re not saying Mezcal didn’t find its way to America before 2006. We’re just saying it became a legal import in 2006. You get it.

Why Should I Drink Mezcal?

There’s something about its long history and true simplicity that just feels right.

Our Mezcal Rosaluna brings three unique, complex, and exciting flavor profiles. Earthy Agave: Roasted agave hearts and their delicious caramel notes lead the way, while spices like ginger and cinnamon are woven throughout. Complex Aroma: With notes of citrus, tropical fruits, pineapple, and pear, it’s an experience of bright notes that can (and will) be enjoyed by everyone. Smooth Finish: Leading with a hint of agave smoke, it finishes with subtle layers of sweet fruit and baking spice.

Mezcal is special; it’s different from practically anything else, available in a beautiful array of flavors, and contains compounds that give us that magical euphoric feeling.

So, final question: Why should you drink Mezcal? Because it’s the best there is. 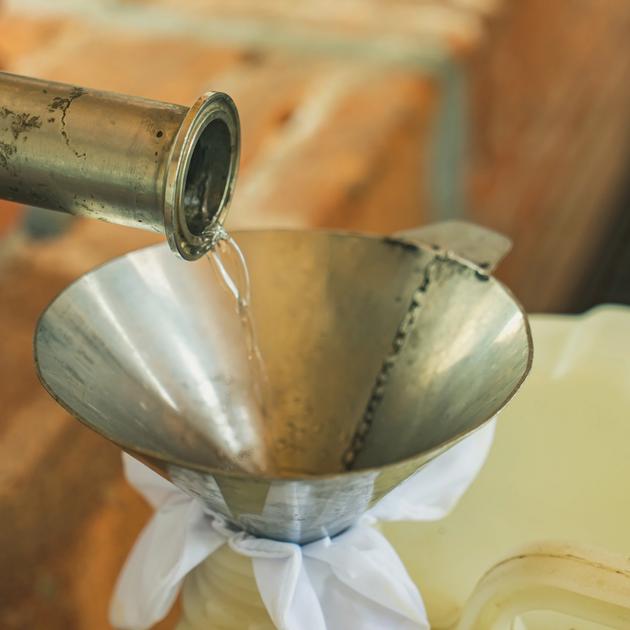 Mexican Drinks That Are Timeless Classics

Gluten Free Drinks (That Even Non-Celiacs Will Love)