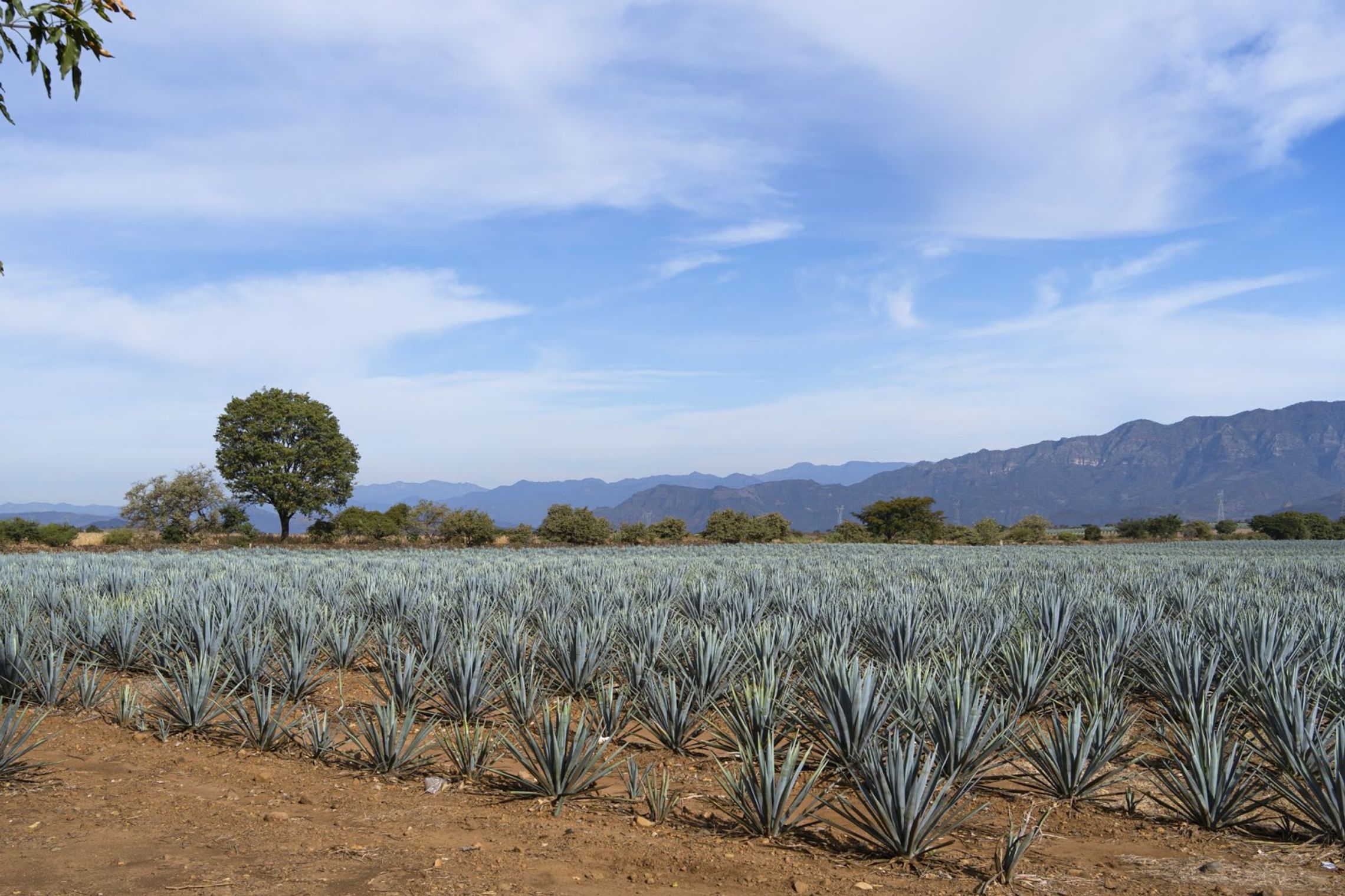 Agave is one of the coolest plants ever. You just don’t know it yet.

Most people know agave in the context of it having something to do with tequila, but we’re going to stop you right there. Agave is so much more than just the plant that gives us tequila. Agave serves a wide variety of purposes: it’s a natural sweetener, it contains anti-inflammatory properties suitable for healing wounds, burns, irritations, and toothaches, it acts as a gut-health powerhouse, it makes for excellent firewood… See how awesome agave is? And of course, it's used to make our very favorite alcohol.

For the important role agave plays in a surprisingly high number of different things, we thought everyone could use a little background knowledge on the plant itself. For instance, is agave just agave, or are there different types?

There are a lot of different types of agave, like, over 200.

Of these many, many different types, certain species grow wild, while others are cultivated for agricultural, industrial, landscaping, or home use. One of the most popular agave types (in America) is the Agave Americana, also referred to as the American Century Plant Agave. This type of agave can be found in most garden centers, as its appealing blue-green leaves and distinct sharp spines make for a striking centerpiece in any landscape.

On the other end of the spectrum, there are weirder species like Octopus Agave. And yes, Octopus Agave has an octopus-like appearance. This super cool type of agave averages four feet high by six feet wide, has long and narrow (tentacle-like) leaves extending from its center, and is endemic to Mexico.

Agave Americana and Octopus Agave are a great example of “standard-looking” and more eccentric-looking agave, but with over 200 species, you can imagine there’s a wide variety.

Agave is generally a succulent-like plant, looking somewhat like a cross between a cactus and an aloe vera plant.

With over 200 varieties, agaves definitely range in size and appearance. Agaves mature to heights of less than one foot all the way to 20 feet tall and are anywhere from less than one foot to ten feet wide. Some agaves have large, stiff leaves with spiky spines, while other agaves have small, soft spineless leaves. In other words, some types of agave could be a cute potted-plant on your bedside table, while other types of agave would be as tall as a second-floor window.

Agaves tend to stick to a green-ish color scheme, sometimes including shades of whites, blues, and yellows.

The geometrical nuances of agaves’ diverse foliage have earned this plant species ornamental value and high praise in the gardening world. Anyone can pull off roses or marigolds in their garden, but an agave plant? That’s something to brag about.

Good things take time. From a delicious homemade meal to years of higher education to everything in between—including growing agave—slow and steady wins the race.

But seriously, agave takes a super long time to grow. Different types of agave take anywhere from five to 40 years to reach maturity.

They Can’t All Be Part of the Magic of Mezcal

Remember how we mentioned different agaves are for agricultural, landscaping, industrial, or home use? Some forms of agave are purely decorative and cannot be used for Mezcal. That’s part of what makes Mezcal so cool.

Out of the 200 or so agave varieties, Mezcal can be made from about 30 of them. This may sound limited, but 30 is so much more than Mezcal’s cousin, tequila, which can only be made from one type of agave: blue weber agave. This extended selection to make Mezcal allows for the spirit to be produced in a beautiful array of variations (much more interesting than plain old tequila).

Maybe you’re wondering about the criteria for making Mezcal—great question. The number one requirement for Mezcal-making is the plant's concentration of natural sugars; the agave must have enough natural sugars for the distillation process (distillation is where we create the alcohol, so it’s a pretty important step).

Of the agaves that are eligible for Mezcal, there are really only five you need to know: espadín, tobalá, tepeztate, tobaziche, and arroqueño.

Accounting for almost 90% of all production, espadín is the most common type of agave used for making Mezcal. Mezcal Rosaluna uses 8-year-old espadín agave, and it serves us oh so well. Espadín agave is the genetic grandfather of blue agave (the species used for tequila), which is why many people find espadín Mezcal a more familiar taste.

Just because espadín gives us 90% of all Mezcal does not mean 90% of all espadín Mezcals will taste the same. This agave can be described as the “workhorse” variety because its biological makeup allows it to pick up on subtleties between terroirs, facilitating extensive versatility in flavor variation.

Espadín typically matures in six to eight years, which is on the shorter end of agaves’ average time of maturity. This species is naturally less fibrous than other agaves, which eases its breakdown post-roast (this leads to a better release of its flavors and aromas later down the line, too). Espadíns high inulin content also allows for the most efficient alcohol production during distillation. BTW, Mezcal Rosaluna is double distilled… we’ll let you connect the dots on that one.

Tobalá agave is also known as the “king of Mezcals.” Tobalá agave is highly prized and an incredibly rare species due to its abnormal reproduction process. This species cannot reproduce asexually, the way most agaves do, and instead relies on surrounding wildlife to spread its seeds. While other species will drop their leaves after reaching maturity, tobalá depends on birds and bats for seed pollination.

Tobalás grow wildly in the states of Oaxaca and Puebla, and prefer environments of high altitudes in shaded areas. Tobalá is naturally smaller and broader leafed than espadín, but at the age of maturity, this agave heart still reaches the size of a basketball. Due to its smaller size, it takes approximately eight tobalá agave hearts to match the yield of a single espadín agave heart.

Tobalá agave’s longer time-to-maturity of 12-15 years coupled with its low-yield and high demand has resulted in a depleting population and premium pricing for its consequent Mezcals. That said, if you’re willing to throw down $100 for a bottle, you can expect tobalá Mezcal to have a light, sweet, and floral taste.

Tepeztate agave is another species harvested in the wild and is easily recognizable thanks to its bright yellow flowers at the top of its stem. In the wild, this species likes to plant itself on the sides of steep rocky cliffs. Given this preferred habitat, this species isn’t easy to find or harvest, resulting in irregular supply and Mezcal with an average price of $140/bottle.

The taste of tepeztate Mezcal is just as bold as its bright yellow flowers. You can expect this Mezcal to have an intense flavor with notes of tropical, floral, and spice. Most commonly found in southern Mexico, more specifically in Oaxaca and Guerrero, this agave is one of the more “old and wise” species, with a time-to-maturity of 17-25 years.

Tobaziche is a confusing one because, on top of having several different names, this species can also look and taste very different depending on where it’s growing. Despite this minor annoyance and inconsistency, tobaziche creates one of the more savory, herbaceous Mezcals.

Arroqueño agave is another rare variety with an equally rare visual appeal; this plant has leaves that can span up to 10 feet wide and its leaves arrange themselves in a fashion similar to fanned feathers of a peacock.

Arroqueño agave takes an average of 25 years to mature, and its Mezcal tends to be a unique mix of floral, vegetal, and bitter chocolate essences.

It’s All about Heart, Soul, and Agave

“You get out what you put in.”

Not just any old agave goes into Mezcal Rosaluna. Only the best of the best is used for our beloved spirit. And how do we know our agave is the best of the best agave? Because we grow it ourselves on our 100% vertically integrated family farm, where we've been making Mezcal for over six generations.

We plant our baby agaves in our backyard farm and nurture them with water and sun (and love) for up to eight years. As they grow, we constantly clean them by hand and maintain their fresh Matalán soil. This special soil gives the Mezcal its earthy notes later in the process. When the agaves are ready, we harvest the heart and remove the leaves in order to get only the pineapple (piña) which contains the most sweetness.

We put heart and soul into our agave, and it's probably why you can taste the love in every sip of our Mezcal Rosaluna. Our agave farming process is hard work, but our agaves work hard for us, too; they give us the best tasting Mezcal there is. From our farm to your glass, we hope you enjoy.

How Many Varieties of Agave Can Be Used to Make Mezcal? (Take 2) | Mezcal PhD

Get To Know 5 Types Of Mezcal | Food Republic 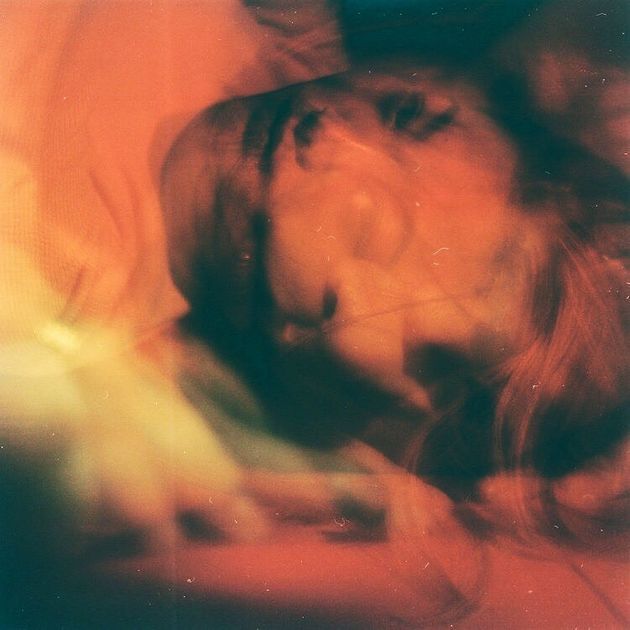