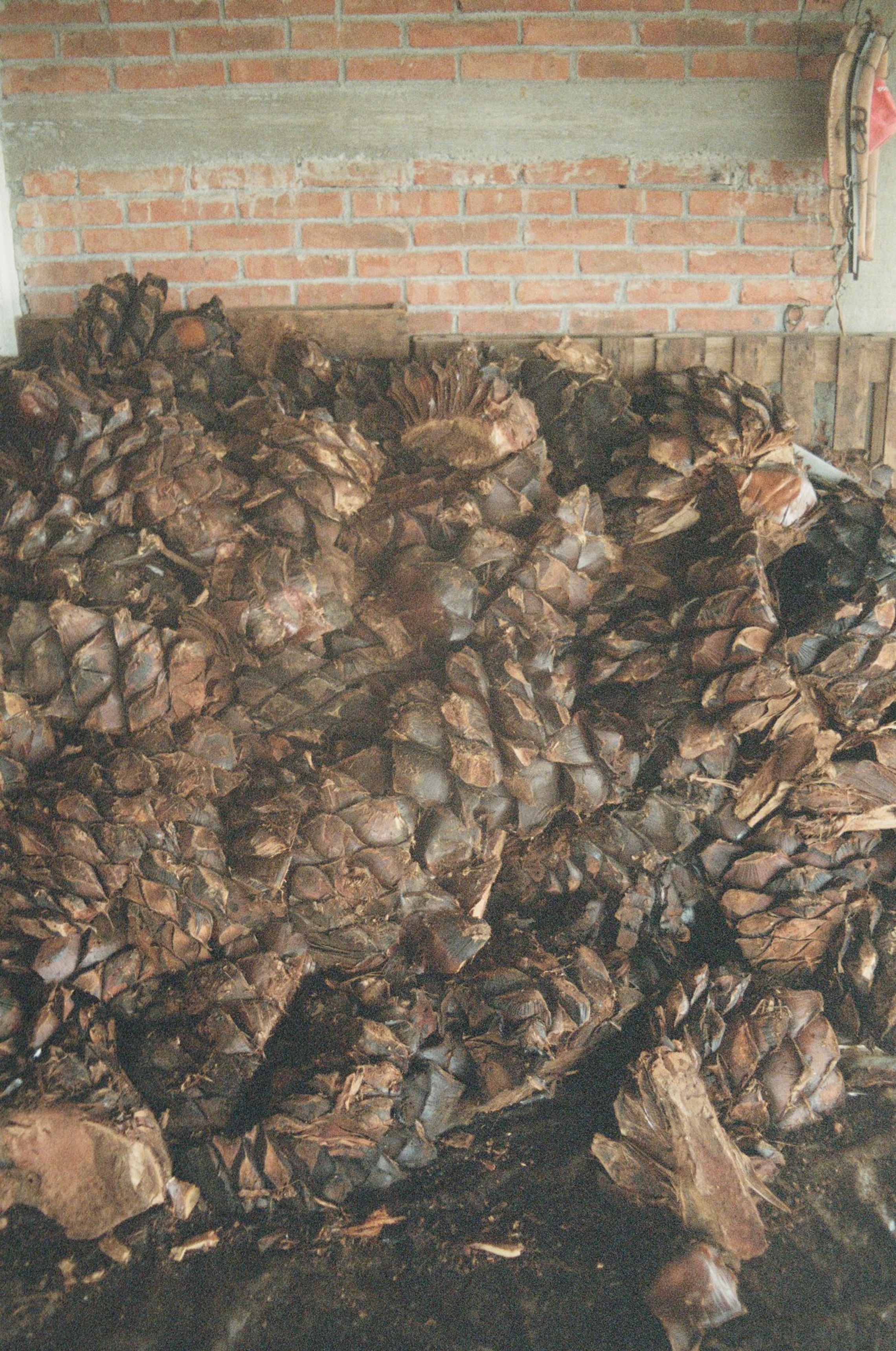 Piñas? Like, piña coladas? Like pineapples? What the heck is a piña? We’re so glad you asked.

First, What Is Agave?

Agave is a succulent-like plant native to America’s hotter regions, like the southern regions of the United States and most areas of Mexico. It kind of looks like if an aloe vera plant and a cactus had a baby. Mexico is the predominant producer of agave, and for good reason: they’re the best producer of this lovely, little plant, too (you can ask anyone).

There’s a lot we love about agave. For one, agave was historically believed to have medicinal and healing properties. More importantly, almost all of the over 200 types of agave plants can be used to create different liquors, like tequila and Mezcal. But agave doesn’t end there.

Agave nectar is likely what you’re familiar with when people talk about agave. Agave plants aren’t typically eaten on their own, but the juice from the core of the plant is commonly used to create agave nectar. The nectar is a sweetener that can be used as a substitute for sugar, honey, or artificial sweeteners, although it has its own unique taste.

Ok, What Are Agave Piñas?

An easy way to explain agave piñas is to start from the beginning of the agave harvesting process.

Agaves typically grow for seven to ten years before it’s time for harvesting. Agave begins growing as a quiote, or a stalk that shoots up from the middle of the (mother) plant. As it grows, bright green flowers begin to blossom, signaling that the plant is ready to be pollinated. Hummingbirds, bees, and even bats help out with the pollination process. (Ugh, Mother Nature is just so cool).

After the baby agave has been pollinated, they take another two to three years before they’re ready to be planted. Once the baby agaves are mature enough to be planted in the field, it’s another seven to eight years until it’s really time to harvest. We know it’s a long time, but good things (like Mezcal) come to those who wait.

The agave plant is harvested by cutting off the leaves (pencas) to reveal the heart of the agave plant, the piña! Jackpot. Piña means pineapple in Spanish, which is perfect because it is indeed the sweetest, juiciest part of the plant. The piña also sort of looks like a giant pineapple once you cut all of its leaves off, hence the pretty suitable name.

Fun fact: the piña can weigh anywhere between 80 and 200 pounds! That’s a big heart (which is probably why you can taste the love in every little thing agave plants give us).

What happens next with the piña depends on what the agave plant is being used for. Most of the time, the piña needs to be hollowed out to remove its white, flesh insides.

How Do You Turn Piña into a Drink?

Frankly, this is the question we’re all here for, and don’t you worry—we got answers.

Agave is the powerhouse plant that gives us both tequila and Mezcal—meaning it’s like our favorite plant ever.

The making of these two liquors follow a similar process—almost. The farming and harvesting of the agave are the same for both, but it’s in the next steps that the processes begin to differ.

Roasting is actually where Mezcal coined its name. The Nahuatl word “mexicali” means “oven-cooked agave,” and that roasting is what gives Mezcal its signature smoky flavor. A fire is started with sustainably sourced pinewood logs in an underground pit. The fire is covered with stones, and agave piñas are carefully placed on top. The roasting process can take up to five days.

True artesanal Mezcals use this traditional method rather than more modern techniques. While it requires more diligence and patience, this extra TLC gives Mezcal the unique smokiness and multi-dimensional taste you’ll find in a bottle of Rosaluna.

When making tequila, on the other hand, the agave is steamed. This typically happens in huge stainless steel tubes that act as giant pressure cookers. This steaming not only helps soften the piña but also helps concentrate the sweetness of the final product.

For Mezcal, the next part of the journey is milling. We use a tahona mill to take the juice and fiber out of the agave plant.

The second to last step of making Mezcal is fermentation. Using pinewood, we add water to the juice and agave fiber to begin the fermentation process. Fermentation is where the magic happens, and we start building alcohol. It can take up to eight days, but that’s well worth the wait, if you ask us.

Last but definitely not least, it’s time for our double distillation process. We begin by mixing the fermented agave juice with the fiber. In the second distillation, we take the head and heart of the first distillation and distill it again. This process separates the water from the alcohol and captures the alcohol into the final spirit of Rosaluna.

Once our farm’s matriarch approves the final distillate, the spirit is bottled and labeled onsite at the Hacienda. And just like that, Mezcal Magic on its way to you.

Rosaluna comes from a family who has spent over six lifetimes perfecting this craft. Based in the heart of beautiful Oaxaca, the family business is now run by a brother and sister duo living in the small village of Santiago Matatlán, lovingly known as “The World Capital of Mezcal.” We’re also 100% vertically integrated. This means we grow, farm, ferment, and distill our own agave from start to finish. It’s made with love, from our family to yours.

What Else Are They Good for?

The taste of agave nectar (which comes right from the agave piña) is slightly less sweet and has a thinner consistency than honey, which makes it the perfect sweetener for cocktails—yay! If you want to have a 100% agave experience, consider adding agave nectar in your next Mezcal cocktail—the combination is out of this world, we promise.

Mezcal Has a Special Place in Our (Agave) Hearts

Mezcal isn’t just what we do; it’s who we are. We’ve poured our heart and soul into perfecting our craft, and we’re more than proud to be sharing it with you.

Rosaluna Mezcal is made with only agave, water, and lots of love. It has zero carbs, zero added sugars, and is vegan and gluten-free. It’s only the good stuff.