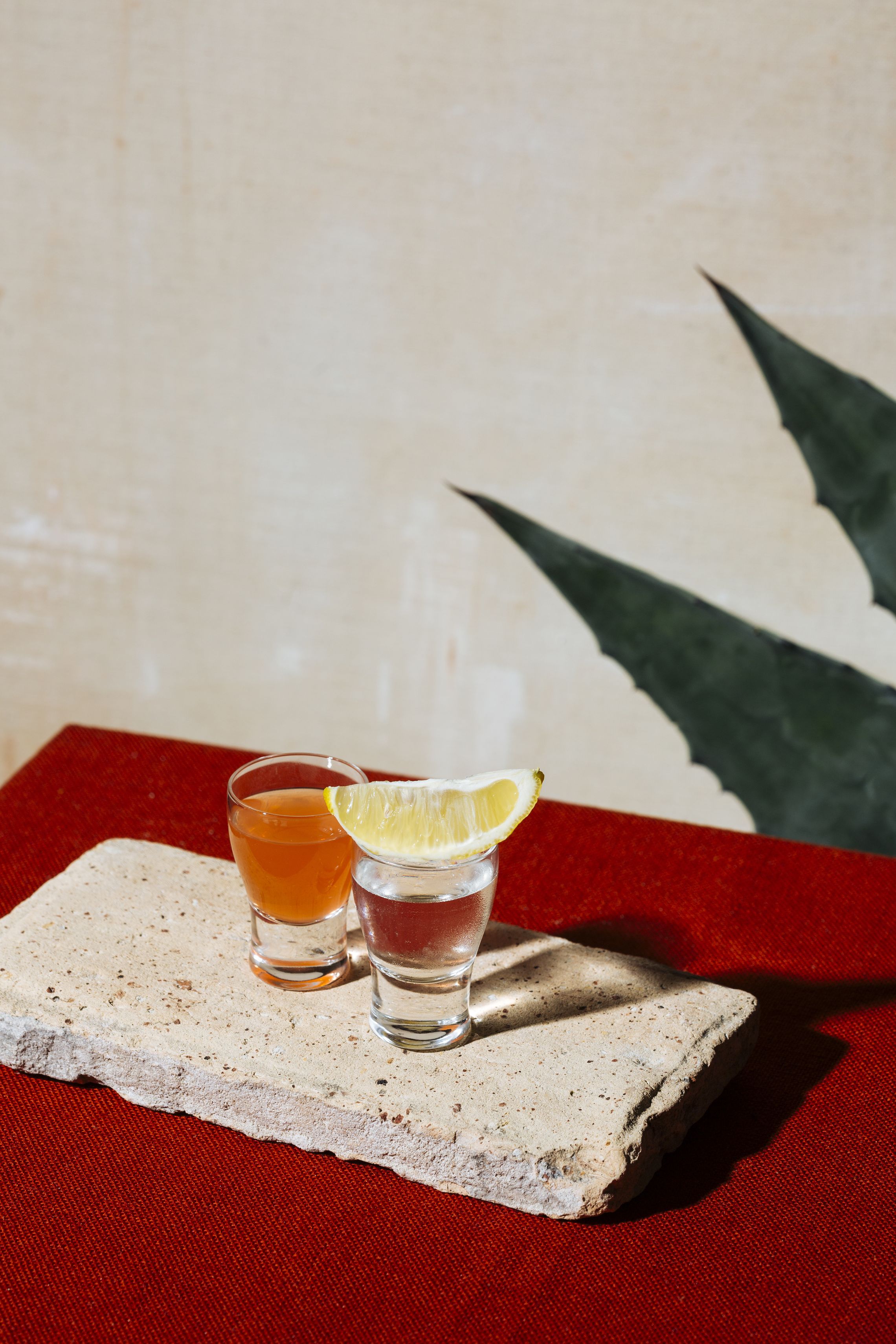 At any bar, you might see bottles of tequila lined up right next to bottles of Mezcal. While you might think they’re exactly the same, you’re actually wrong (we still love you, though). As far as popularity is concerned, Mezcal is definitely the new kid on the block. In fact, for many years, tequila was the only option because Mezcal couldn’t be found on the shelves in many places. All of that has changed, as Mezcal has become a popular “new” addition to many bars (although we’ve been in the know for years). It’s used in cocktails, enjoyed as a shot, and slowly savored in a glass. There’s a little something for everyone. But what makes it different from tequila? Wondering what really differentiates the two? Keep reading as we demystify tequila and Mezcal once and for all.

If you look at the main ingredients in tequila and Mezcal, you’ll see they have one thing in common: agave. When making both liquors, the agave plant is harvested, and the inner core, called the piña, is separated from the rest of the plant.

Things take a turn from there. The methods of preparing the piña are different and depend on whether the manufacturer is making tequila or Mezcal.

They Have to Be at Least Kinda Alike Though, Right?

Well, a little bit. All tequila is Mezcal, but all Mezcal is not tequila. It’s kind of like how you learned in geometry class that all squares are rectangles, but not all rectangles are squares. That’s right; we’re throwing it back to high school.

How Do I Tell the Difference?

First thing’s first: let’s point out the obvious—the label. Whatever bottle you pick up should clearly designate whether it’s Mezcal or tequila.

When it comes to taste, you’ll be able to tell the difference quite easily because Mezcal has a smokier flavor than tequila does. Depending on what kind you get, you might also find deep earthy and floral notes in your Mezcal.

On top of that, tequila and Mezcal are traditionally made in different locations. Paying attention to the exact region of origin can help you tell the two apart.

Ok, earthen pits vs. copper pots (we promise we’re not just throwing random words at you). That’s the difference between how Mezcal and tequila are distilled, which explains why their flavors are so distinct.

Making Mezcal Rosaluna involves roasting the agave piña inside of an earthen pit. These pits are filled with pinewood and set ablaze. Once the piña is cooked, we ferment it inside our pinewood open fermentation tanks, which generally takes about eight days here at Rosaluna.

Tequila, on the other hand, is a bit different. The piña goes into an industrial oven where it’s then steamed. After this part of the process, it goes into copper pots for further distillation and processing before it ends up in an oak barrel to ferment.

It Comes Down to Agave

The agave plant is the key to making both tequila and Mezcal. Native to Mexico, as well as the Caribbean and dry, arid parts of the United States, this spiky-leaved plant can grow to be up to 30 feet tall. The leaves tend to be either pale blue-green or light green and might be striped, solid, or variegated.

However, while they’re both made with agave, the kind of agave used can differ. Tequila can only be made with blue agave, while Mezcal can be made with over 30 different varieties.

It’s true: Both tequila and Mezcal are traditionally made in Mexico, but we can get even more specific with the location.

Mezcal is made in nine different areas of Mexico, including Zacatecas, Puebla, Guerrero, Durango, San Luis Potosi, Guanajuato, Oaxaca, Michoacan, and Tamaulipas. Tequila, on the other hand, is mainly produced in the state of Jalisco, as well as some smaller areas in Nayarit, Michoacan, Tamaulipas, and Guanajuato.

Give It a Taste

The way we see it, the smoky flavor of Mezcal is much more complex than the flavors you get from tequila. That’s part of why we love it so much. However, both work well in cocktails, and there’s absolutely nothing wrong with taking a shot of each on its own. If you aren’t sure of which one you like best, give them both a try.

The bottom line? No, Mezcal and tequila are not the same thing, and yes, while we’d be lying if we said we weren’t on team Mezcal, they both have a place in our hearts. That said, whether you’re making a delicious cocktail, doing a shot, or sipping on it straight, you really can’t go wrong with the smooth, smoky intensity of Mezcal Rosaluna.

What’s the Difference Between Tequila and Mezcal? | Food & Wine Magazine

Tequila and Mezcal Are Both Made From Agave | Delish

Mezcal vs Tequila Everything You Need to Know | AFAR